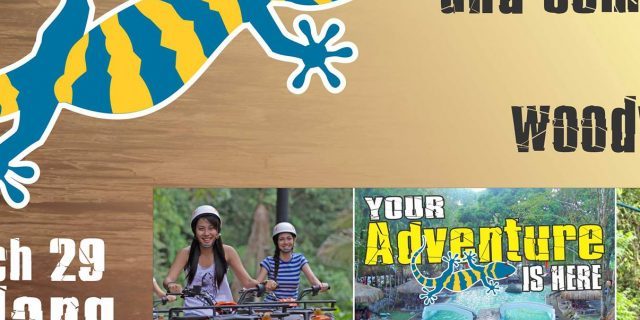 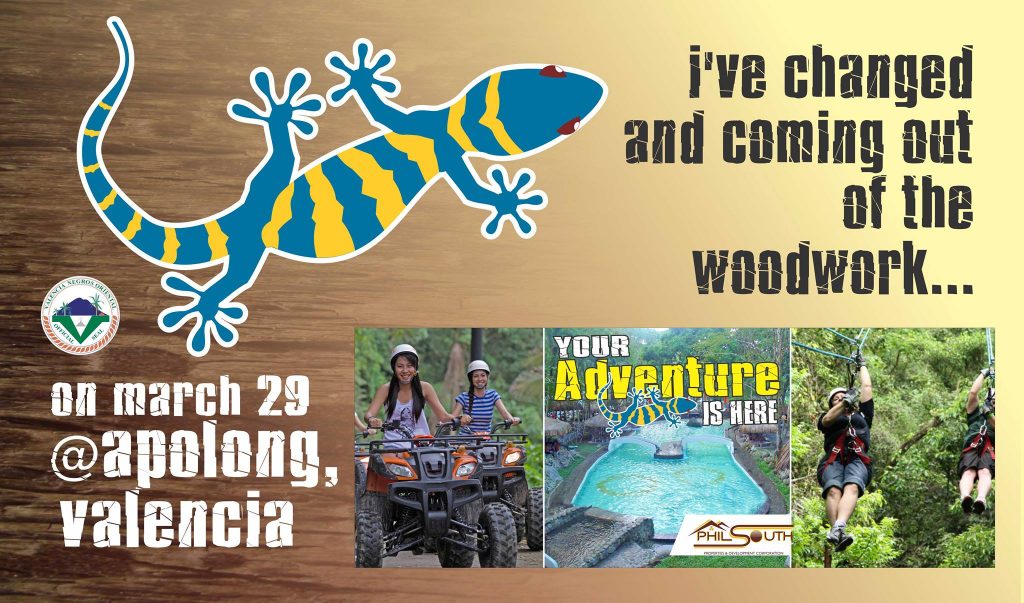 An estimated 2,000 people gathered at the newly refurbished Tejero Highland Resort and Adventure Park in Apolong,Valencia, Negros Oriental — dubbed as the province’s first world-class resort and adventure park — when it held its soft opening last Saturday, March 29as a fitting way to kick off the summer season.

Negrenses remember fondly a favorite family getaway many years ago, known as Tejeros, with its icy-cold waters flowing freely coming from a river pond, thus, ensuring clean waters to bathe in the whole year round. However, nature played an unfortunate twist on Tejeros in December 2011 when it was one of the structures that was badly devastated by typhoon Sendong.

Out of the initiative and gung-ho attitude,not to mention the creative and adventurous spirit of Negros Oriental’s prime developer, Philsouth Properties and Development Corporation, a memorandum of agreement was forged between the latter and the municipal governmentof Valencia for a public-private partnership (PPP) meant primarily to rehabilitate Tejeros, thus, bringing it back to its heyday – and more.

It was on April 17, 2013, to be exact, when the local government unit of Valencia, Negros Oriental represented by former Mayor Enrique Gonzales and Mr. LuisitoTijing, general manager of Philsouth Properties and Development Corporation, signed a memorandum of agreement to start the dream project.

Today, as the saying goes, the rest is history as Negros Oriental witnessed the soft opening of the resort-cum-adventure park last Saturday, reprising fond memories of yore while, at the same time, relishing and basking in the amenities to go with the discriminating taste of domestic and international tourists.

The soft opening event, aptly titled “Get Wet Summer Pool Party,” featured A-List DJ and FHM model, Arra, from Manila together with top-caliber DJs from Cebu. Among others, people who witnessed the event enjoyed thetwo largeswimming pools, the bar, a function balcony,as well as an innovation inthe homey “balay,” cogon-roofed cottages, that can accommodate from 8 to 25 persons. Guests can bring their own food free of corkage fees.

Not too far from the resort’s entrancesis the adventure park’s all-terrain vehicle (ATV), and Zegwee obstacle course and training facility. The ATV, a four-wheeled off-road vehicle and Zegwee, a two-wheeled motorized off-road vehicle, are now available for rent starting at P 300 and P 200, respectively. The F1 dual race zipline, bungee trampoline (the first in the province), including the aquazorb and pool slides, will be available within the summer.

Moreover, the province’s first eco team-building facility, a children’s playground, and guided coaster tours — all patterned to suit international standards — are in the pipeline.

But, despite its luxurious ambience, the resort aims to make all amenities affordable to everyone. The resort,divided into the left and right wings, has entrance fees of P30 and P60, respectively, including pool use. Children below 12, senior citizens, andValencia residents will get discounted rates.

The resort is among the most ambitious projects of Philsouth Properties and Development Corporation as it aims to provide a facility that would target both domestic and international tourists.

“We envision Tejero Highland Resort and Adventure Park to become the Sentosa (in Singapore) of the Philippines,” Tijing said.
Likewise, incumbent Valencia Mayor Edgar Teves views this development with optimism. “This is the type of cooperation we all need, a partnership between the local government unit and the private sector. In the end, it is the people of Valencia and Negros Oriental who will benefit from this through livelihood opportunities, tourism investment, and a healthy economic climate,” remarked Mayor Teves.

This existing PPP likewise conceived Valencia’s new tourism tagline, “Visita Valencia,” a tourism promotions offering that aims to take people from local to international levels to experience the adventure that only Valencia could offer. As the resort’s tagline suggests —”Your Adventure Starts Here” — Valencia and Tejero Highland Resort and Adventure Park will work together to promote tourism and investments in the naturally gifted town.

For more information and updates, you may contact (035) 400-3977 or visit theTejero web pages at www.facebook.com/tejeroresort or its official website www.tejerohighlandresort.com.

Home Buying in Dumaguete City and Negros Made Easy
May 22, 2014

Congratulations to PHILSOUTH BUILDERS for achieving ISO 9001:2008 Certification
May 16, 2014